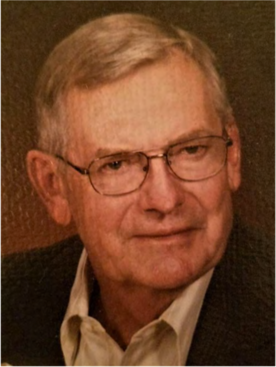 To make a long story short ... After a sudden illness Stephen Garnsey, beloved husband, father, friend and mentor passed away on May 22, 2018 with his wife and his two children by his side. Steve was born in Oceanside in 1937, and was raised in DeLuz. After he retired, he returned to the Fallbrook area and his family’s Thousand Oaks Ranch which had been homesteaded in 1892. Steve started his education at the DeLuz one- room Schoolhouse (now the DeLuz Ecology Center), attended Fallbrook High School, then went on to earn a BS in botany at UC Riverside in 1958 and a PhD in plant pathology at UC Davis in 1964. Steve had a long and illustrious career as a citrus virologist. He traveled the world “treating orange trees with colds” and did groundbreaking work on the identification, epidemiology and control of devastating citrus diseases. He was an elected fellow of both the American Phytopathological Society (APS) and the International Organization of Citrus Virologists (IOCV), published several hundred research articles in peer-reviewed, scientific journals, and was the author/co-author of a number of book chapters on various aspects of citrus disease.

Steve met his wife, Rosalee, on a double date at UCR and they married in 1958. They would have celebrated their 60th anniversary this summer. Their first child, Lisa, was born in California, and when Steve was offered a job at the USDA Citrus Experiment Station in Orlando, the three headed off to Florida. Soon thereafter, their son Mike was born. After finishing a distinguished 36 year career with the USDA, Steve was appointed as an adjunct professor at the University of Florida. Now “semi- retired”, he and Rosalee moved back to DeLuz where they built their own home on the historic family property. Steve immensely enjoyed being a gourd “grand farmer” on the ranch which is still actively cultivated by the Welburn Gourd Farm. He especially loved time spent with his family, visits from colleagues and friends, and sharing stories, homegrown citrus, and cadillac margaritas with everyone.

Steve will be forever lovingly remembered by many, including his wife Rosalee, his devoted children Lisa and Mike, and their spouses, Phil and Solange.

Memorial contributions may be made to the International Conference of Citrus Virologists (www.iocv.org), Zion Lutheran Christian School, or the Nature Conservancy. A Celebration of Steve’s life will be held at a future date.

To make a donation in the memory of Dr. Steve Garnsey:

If you have any questions about IOCV donations or wish to donate to other IOCV Awards, please email the IOCV Treasurer Dr. Robert Krueger:

Let us help you with your search